"RockStars" or "Should be Fired" - what would your customers say about your employees?

On a recent flight to Los Angeles I had a near miss. Not a crash or anything like that but a baggage stumble. I was flying to a convention in Las Vegas but had a stop in LA first, just for the day. I didn’t notice until I was on my way to baggage claim that my bag had been checked through to Vegas. Eeeekk, this was not good. I had things in the bag that I needed for my LA visit. My flight wasn’t leaving for another 5 hours so I thought, no problem, I can obviously get my bag before that. I’ll spare you the ensuing details that did eventually reunite me with my bag an hour or so later. What I do want to share are the types of people that I encountered along the way that seemingly should have been able to help or redirect me. Some of these employees I thought should be commended while others I would have like to have fired on the spot, after tagging them with the appropriate labels to warn others.

Label “not my problem”:
The 1st point of Contact at Alaska Airlines whom I label the “not my problem” person.
I flew Alaska Airlines from Seattle to LA so I naturally thought, ok, they checked my bag, surely they can help me. Wrong! The agent at the counter directed me to American Airlines who was servicing the next leg of my flight. Since they did land me in LA as well as my bag I was not deemed to be their problem. Gee – thanks for the help Alaska.

Label “should be fired”:
My next point of contact was the American Airlines person at a kiosk apart from ticketing. It wasn’t clear what this persons job was but they made it clear to me that they were unable to help me. The agent there even pointed to his kiosk and said “see, I don’t even have a phone”. Hmmm, good thing there wasn’t an “emergency”. He pointed me to the supervisors down the way, supposedly wearing grey vests.

I journeyed along looking for a grey vested “supe”. I never did find one. Along the way I poked ahead of the huge lines and even suggested to the nice couple that I “cut” in front of that I wasn’t checking in I simply had a quick question. The nice couple was emphathetic and allow me to move ahead. Phew, now I’m at the counter, I thought. I asked the nice agent at the counter to speak to a supervisor, telling her that her colleague suggested I would need one. She asked me what I needed, then told me that my situation was too complicated for this line and I needed to let her help these people in line. She didn’t help me with my luggage and worse, was not even willing to get me a supervisor. I left in disbelief, with a bad aftertaste forming in my mouth and in my mind. I think the couple there couldn’t believe it either. This agent too should be labeled as “should be fired”.

I then headed for the 1st class check in area for American Airlines figuring if anybody was sensitive to helping people surely it would be the people serving the 1st class crowd.

Label "reluctant helper" and "just get it done":
I was getting pretty good service from an agent until she realized that I wasn’t flying first class. Lucky for me there was another agent next to her overhearing the situation and told her to just reroute my bag. Simply put in a reroute request. The “reluctant helper” typed away at her terminal with the “just get it done” agent stepping in every once in a while.

So, after my bag was rerouted there wasn’t any problem, it simply plopped out at the baggage claim like normal. But, sheez, what a horrible roller coaster of an experience. This got me thinking about the companies that I’ve worked with and for, including my previous software company that I started.

What type of employee are you? Even if you are the CEO, you are still an employee, but which type? And, if you employ others how are you keeping them engaged to make sure your customers are engaged and delighted? What interactions are you having with your customers and what kind of brand aftertaste is it leaving. If your brand were a breath mint would it leave a minty fresh aftertaste or that of dirty socks? The actions of your employees speak louder than any of your corporate words. The North of Expected campaign going on right now by Alaska Airlines is nice. I like its many facets, it is interactive, engaging and integrated across media. However, a North of Expected bag retrieval experience would have had my 1st point of contact working along side me until my situation was resolved. I expected a "RockStar" but received a "not my problem".

What if I were 12 years old or I had a bomb in my bag? Would I still have received trancelike help or would that have shocked them to work with me. I wonder....

Exercise: roundtable with people in your company and discuss scenarios where you empower people to delight customers at the point of experience. Discuss escalation and challenge why it is even needed. Talk about the brand aftertaste your leaving in your customers mouths and minds.
Posted by Grego at 3:45 PM 2 comments:

What aftertaste is your brand experience leaving with your customers? 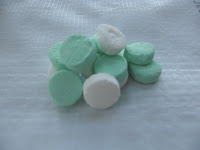 Your brand is comprised of every association that your customers make with your company. What they read, what they experience online, what they receive from you in the mail, how they view you on TV, or when they walk into a store.

What people think about and how they feel 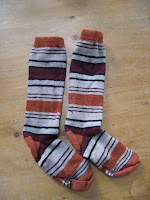 about your brand is relative to the other associations they make with competing brands – these brands don’t even have to be in the same category. For example, like it or not, if your company sells goods online, your online commerce experience is measured against what your customers have previously experienced on Amazon and other large refined commerce sites. Ignore some details that make the online shopping experience easy and your customers are sure to notice it. They might still buy from you but ooh, the aftertaste your brand is leaving.
Posted by Grego at 8:18 PM No comments:

Grego
This blog served as my earlier thinking on the way to my writing The Experience Design Blueprint: Recipes for Creating Happier Customers and Healthier Organizations. See my more recent work at http://www.delightability.com
Newer Posts Older Posts Home
Subscribe to: Posts (Atom)